Every NFL draft is critical but for certain teams, the draft tends to hold a bit more weight on a year-to-year basis. The Packers are consistently a team who gets the draft right, with the most drafted players still on their roster. The Raiders on the other hand, tend to struggle a bit more when it comes to making the right selection. Either way, the draft really dictates the future of a team. These are the teams who need to have a successful draft more than the rest of the league.

New York Jets
2014 record: 4-12
The Jets need an infusion of talent on the offensive side of the ball. New York went out and spent a ton of money on rebuilding their secondary. Now they need to bring their offense up to that level. Still in need of a franchise quarterback and some new offensive lineman, these selections will be vital to the Jets’ immediate future. On top of that, the Jets have a brand new front office and coaching staff. This new group needs to get off to a good start with a strong 2015 draft class.

Cleveland Browns
2014 record: 7-9
Is there a year where the Browns don’t seem like they need rebuilding? Once again, Cleveland finds itself with major holes at some key positions. The team is struggling to find a franchise quarterback. They have Johnny Manziel, but the jury is still out on whether he has what it takes to compete at the NFL level. This draft comes on the heels of general manager Ray Farmer’s suspension for texting to his sideline. The Browns need a fresh start to turn over a new leaf. Not to mention, with two first round picks, the front office in Cleveland has a chance to make a huge impact on the team and really cannot afford to make mistakes. 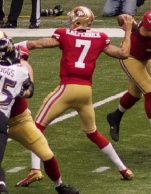 San Francisco
2014 record: 8-8
The longer you stare at this situation, the more you have to wonder what the hell happened. San Francisco was a Super Bowl team in 2012 and a NFC Championship team in 2013. Now the Niners are looking at a situation where they have dozens of changes to make. With a new head coach in Jim Tomsula, the 49ers will be a very different team than a year ago. With needs on both sides of the ball and the outside perception that this team is spiraling out of control means that this draft holds even more weight than it already would.

New Orleans Saints
2014 record: 7-9
Jimmy Graham is gone. Ben Grubbs is gone. Kenny Stills is gone. The Saints’ offense is a skeleton of what it once was. Adding Max Unger is huge but losing those two receivers and a starting guard drastically changes the draft approach. The championship window with this team’s core is rapidly closing. Drew Brees is 36 and is definitely running out of chances at another ring. Without some new offensive options, this team is going nowhere. On top of that, the defense was terrible last season. This team has some extreme remodeling to do and as one of only two teams with two first round picks, the Saints need to find some impact players to right the ship and get them back in the postseason. 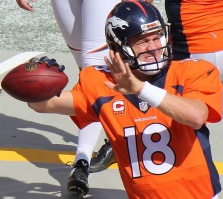 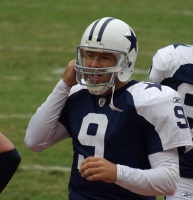 Denver Broncos/Dallas Cowboys
2014 record: both 12-4
This might seem a little odd to have two teams, and two teams that made the divisional round of the playoffs as well, but here’s why: these teams are on their last ride with their current core. Dallas cannot count of Tony Romo lasting forever with both his injury history and age. The team has a lot of salary cap issues as well so it is unlikely that a lot of this team will still be around in about two or three years. For the Broncos, had Peyton Manning retired, Denver probably would’ve blown up the team. With Manning back, it’s gotta be Super Bowl or bust. Manning is now 39 and entering the last two years of his deal. This will be the end for him. Both teams lost some key free agents and will need to fill those holes if they hope to make a championship run.

Obviously, Thursday through Sunday will be very important for every NFL team, but these select few have a lot riding on the outcome of the weekend. For some teams, it will be the difference between a successful rebuild or another year of failed experiments. For others, it will determine if they can raise the Lombardi Trophy next February or spend that weekend pondering what might have been. Either way, the draft will feature plenty of high tensions and shocking deals. This is where championship teams are built.