Football is a brutal sport. You know that going into it. It is still demoralizing to have your season cut short by injury nonetheless. It is even more so when that injury occurs in a game that counts for absolutely nothing. The season ends before it ever really begins. 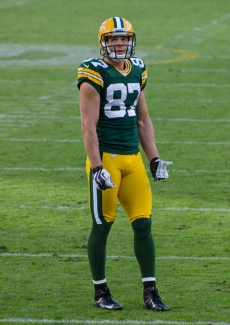 Already this year, we have seen stars get hit hard by preseason injuries. Jordy Nelson and Kelvin Benjamin have both torn their ACL. Robert Griffin III is out with a concussion. And those are just some of the bigger name stars that have gone out due to injury. There are dozens of other players who already have seen their season’s cut short or put on hold.

The problem is that the NFL doesn’t really have a solution to this. You play preseason games as an attempt to develop chemistry or give guys fighting for a roster spot an opportunity to play in a game like setting where the coaches don’t have to worry about the outcome. They are essential to team development and preparation. No one has yet to come up with an alternative to these games. The NFL also isn’t the only one who plays preseason games but that doesn’t make these injuries much easier to stomach for fans.

However, these injuries could provide new opportunities for other players. In Green Bay, Davante Adams showed flashes of his ability particularly in the team’s playoff win against Dallas. Now, he has an opportunity to show what he can do as a main target.

For Washington, this could spell the end of the RG3 era if the concussion is serious. That could be a good thing though for both sides. Griffin probably needs a fresh start away from Washington and the team definitely needs to wipe its hands clean of the franchise altering trade and move on.

Down in Charlotte, Cam Newton might have to showcase his running abilities once again with Benjamin out and this could be a chance for other young receivers like Corey Brown and Devin Fuchness to display their skills in a much bigger role.

This is an optimistic approach to these terrible situations. It is not easy for teams to rebound from monumental injuries. Very few teams in NFL history are built to. And yes, it sucks that these guys were hurt in completely meaningless games.

At the same time though, they still should be playing. I know it’s easy to just say that starters should play in the preseason but that is just foolish. These few games allow players to work on timing, new plays, cohesion with new players. Without any of that, it is very likely that the first two or three weeks of the regular season would be fairly rough and probably even sloppy. Realistically, as a fan, would you be able to simply look on and say, “Oh, my team’s star player suffered a season ending injury. Well at least it was in a meaningful game,” and actually mean that? No. There is no way you could. Whether these injuries happen in week 3 or the preseason or week 13 of the regular season, they are going to be crushing either way.

My point is that this should not be a cause for every starter to sit out the entire preseason. Maybe there are ways to be more cautious when these players are in but overall, the whole point of preseason is to put players in a game environment and see how they react. This grace period before everything starts to count is vital to the development of players in the league, especially rookies.

Can you imagine if Marcus Mariota had turned the ball over on the first two series of his career in a regular season game? That wouldn’t exactly be a confidence booster. There would be no chances for the coaches to say, “OK, don’t worry about the score, just try to learn from those mistakes.” The NFL is a win now league. Teams always want to win as soon as possible. There is simply no room for complacency.

Preseason helps avoid those situations and gives players a chance to grow. In the end, it makes for much better games to watch once the regular season rolls around because now these guys are warmed up and ready for the long haul.