Sad news reached those in the NBA community on Sunday. Hall of Famer Moses Malone passed away at the age of 60. Malone was one of the greatest basketball players of all time and became the first ever player to jump from high school to the pros. His passing inspired me to rank the five greatest centers the NBA has ever seen. Let’s see if you agree. 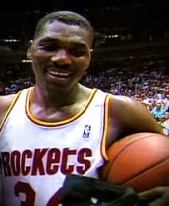 5. Hakeem Olajuwon, Rockets
This man spent 17 dominant years in Houston, racking up boards and rejecting shots. Olajuwon won back to back titles with the Rockets in 1994 and 1995. He currently sits tenth all-time for point in a career and fifth among centers. The Houston legend also holds the record for most blocks in an NBA career by a considerable margin. He posted a stellar shooting percentage as well hitting 51.2 percent for his career. Olajuwon was at his peak from 1992 to 1996, when he averaged 27 points per game along with 11.7 rebounds and 3.6 blocks per game over a four-year period. Following the 1994 season, he was named the league MVP. That resume got him into the Hall of Fame as well. There is no doubt that Olajuwon deserves to be on this list.

4. Moses Malone, 76ers
He was known for playing in a lot of different places but his time in Philadelphia was probably his most notable. His first year in Philly, Malone put up the ridiculous stat line of 24.5 points, 15.3 boards and 2 swats a night over the course of the 1982 season, ending in MVP honors. He and the Sixers went on to take home the NBA title that year. Before moving to Philly, Malone was like Olajuwon; Moses spent some time in Houston where he won his first two MVP awards. He still ranks fifth in history in rebounds. Malone retired in 1995 and was, at the time, the third best scorer of all-time. The two men he was still behind are further up on this list. Rest in peace, Chairman of the Boards.

3. Shaquille O’Neal, Lakers
Probably one of the most famous players in the last two decades, Shaq terrorized teams with his monster dunks and enormous size. He is obviously a bit of a goof in the media nowadays and is often remembered for the last few years he played where he didn’t do much. However, O’Neal dominated the NBA during his time in both Orlando and Los Angeles. From 1993 to 2003, Shaq averaged at least 26.2 points and 10.7 rebounds per game. He dominated the league for a decade, including 1999 in LA when he posted 29.7 points, 13.6 rebounds and three blocks a night resulting in him being named the MVP for that season. He won three straight titles with the Lakers and picked up a fourth in Miami a few years later. Shaq is currently the NBA’s sixth leading scorer all-time but probably ranks as the third best center to wear a Lakers’ uniform. 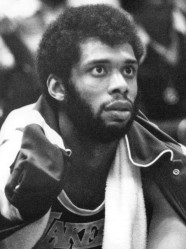 2. Kareem Abdul-Jabbar
You could argue he should be number one. After all he played 20 seasons in the NBA and is the league’s all-time leading -scorer. He also has the third most rebounds and the third most blocks ever. “The Dream” as he was called, holds the record as well for the most MVP awards with six in his long career. He also won six league titles over the course of his two decades of play. However, Abdul-Jabbar also played alongside some of the other greatest players of all-time. He played for six years in Los Angeles before they finally won a title. They finally won when Magic Johnson showed up and later James Worthy joined them. He carried the Bucks to the title in ’71 but he had a lot of help winning the rest of the titles. Help was something the number one man on our list neither had nor needed. 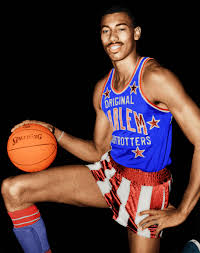 1. Wilt Chamberlain, 76ers/Warriors
With Abdul-Jabbar’s resume, you have to wonder how he is not number one on this list. Let me tell you why. Wilt Chamberlain dominated basketball when he played. Between 1959 and 1966, Chamberlain scored less than 33.5 points per game once. He might only have four MVP awards to Abdul-Jabbar’s six but Chamberlain had a much more impressive career. He won MVP following his rookie campaign, which is unheard of. He then went on to score 50.4 points per game during the 1961 season. Later in his career, his scoring dropped down to much more reasonable numbers but that was more because he became an excellent passer. Chamberlain averaged 8.6 assists per game in 1967, while still scoring 24.1 points a night. That year, the 76ers won the championship and represented the middle of Wilt’s three straight years as the MVP. If that hasn’t sold you enough, compare their per game stats where Chamberlain averaged 6.5 more points and 11.7 more rebounds per game than Abdul-Jabbar. He remains the NBA’s all-time leader in rebounds and still holds the record for most points in a game. Without a doubt, I am picking Wilt “The Stilt” Chamberlain as the greatest center to ever take the floor in NBA history.

Note: Back in the time of Bill Russell and Wilt Chamberlain, blocks were not an official NBA stat, so their is no data on how well the two protecting the rim.

One thought on “Remembering Moses”