I wish I had a rooting interest in this year’s playoffs, but all the same, this is going to be a year to remember. There are tons of great storylines and some incredible games to be played and that starts today with Wildcard Weekend. Let’s start predicting some matchups.

Far from the sexiest matchup of the wildcard round. In fact, I would go as far as to say it is the least exciting. Still well worth watching though, which lets you know how great these playoffs will be. This projects to be more of a defensive struggle. Duane Brown’s injury is already a big blow to the Texans offense. Houston overall was lucky to make the playoffs. I think Alex Smith will show everyone his ability to handle the pressure of a playoff game. Charcandrick West and Stephen Ware should also help wear down a stout Texans defensive front. Mixing a mediocre Houston offense and the league’s third best scoring defense sounds like a recipe for disaster. I think the Chiefs will win this comfortably, 24-10. 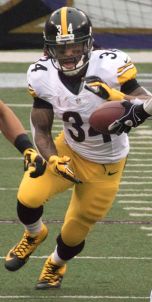 Nothing beats a divisional battle in the playoffs. If it couldn’t be Steelers-Ravens, (one of the best rivalries in NFL history) then I’m happy it could at least be Steelers-Bengals. These two split the season series, with the road team winning each matchup. I don’t think we are going to see that trend continue. I know Cincy is still without Andy Dalton but an even bigger blow comes on the other side. Pittsburgh will be without DeAngelo Williams, meaning that Fitzgerald Toussaint and Jordan Todman will be carrying the load for the Steelers. For as much as this team relies on Ben Roethlisberger, I think they are going to be too one-dimensional. Throwing the ball constantly doesn’t allow you to control the game offensively and I don’t think the Steelers will be able to close it out late. A.J. McCarron has had a few weeks to learn the offense. Hue Jackson is one of the best offensive coordinators in the league and I think he will have a plan to upend the rival Steelers. Final score, Bengals 31 – Steelers 27 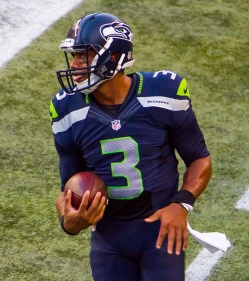 Many are pointing at the midseason meeting between these two teams as the reason for why Seattle will win again. I don’t think it means anything how these two previously played. The Seahawks rode Thomas Rawls for a good portion of that victory. Rawls will not be playing on Sunday and neither will Marshawn Lynch. Russell Wilson is truly going to have no running game to support him in this one. Christine Michael will be the starting running back for the Hawks. Going up against a defense like Minnesota’s, that doesn’t bode well. That being said, this defense knows how to bottle up Adrian Peterson and will force Teddy Bridgewater to beat them with his arm. Bridgewater does not have a ton of weapons of his own in the passing game that will likely win one-on-matchups with this Seattle secondary. If this is a duel between Bridgewater and Wilson, I am taking Wilson every time. Seattle wins this blizzard bowl 21-10.

This is not a game many would have predicted at the beginning of the year. I for one though Washington would not come anywhere near the playoffs. I doubt many would have guessed that Green Bay would be on the road either. As much as I like Aaron Rodgers, especially in the playoffs, I don’t think he will be leaving the nation’s capital with a win. The Packers have failed to find any consistency on offense, whether it be running or passing. On the flip side, Kirk Cousins has been on fire for Washington. He’s been yelling, “You like that!” a lot, which is good news for this DC team. I think Washington’s passing attack will prove too much for an underwhelming Packers’ secondary to handle. Momentum has a lot to do with this one. Washington has won four straight while Green Bay has dropped its last two.  It will be close but I think Washington will win its first playoff game in 10 years, 27-24.