Just 24 hours. That’s all that remains between now and the start of NBA free agency. It seems that every year now serves up a bunch of all stars hitting the open market. Part of that is just how the NBA is structured. Here is where a number of this year’s top players should end up when free agency is all said and done.

Some thoughts before I begin. I really like Boston landing Tobias Harris. He would be a great young piece for the Celtics to include as they continue to rebuild. Paul Millsap, Kawhi Leonard and Enes Kanter should all stay with their current teams. As should DeAndre Jordan and Tyson Chandler. Now to the really big names. 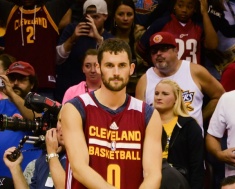 Kevin Love
2014 team: Cleveland Cavaliers
2015 team: Indiana Pacers
I have talked about this before. Love did not f    it into the Cleveland offense. He struggled as he became solely a jump shooter. He still performed decently well given the circumstances. He opted out of his deal to give the Cavs some financial flexibility and I think he will return to Cleveland. However, I think he should head to Indiana. David West just opted out of his contract and the Pacers are looking to unload Roy Hibbert. Sounds like they are going to need a lot more rebounding going forward. Love provides that plus tons of scoring potential for a team that finished 24th in points per game a year ago. I like Love playing with a great setup man in George Hill and a guy who can thrive off the ball in Paul George. This could be a good step in Indiana returning to the playoffs.

2015 team: Dallas Mavericks
Butler is going to demand a max deal from whoever signs him, which makes a return to the Bulls difficult due to their financial constraints. He could go to Indiana if they don’t land Love and continue to thrive in a defensive system. The best place for him though would be Dallas. Butler would land with a contender out west in desperate need of a defensive injection. You can bet that Rajon Rondo and Monta Ellis are not coming back next season so that should provide the financial flexibility needed to sign him. Butler would add a lockdown defender to a team that allowed the sixth most point per game a season ago. The 25-year old would be a much needed piece to help Dallas push toward another title with Nowitzki still in town. 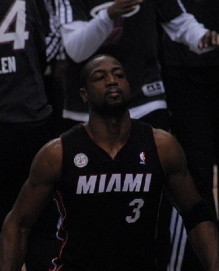 Dwyane Wade
2014 team: Miami Heat
2015 team: Anyone but Miami (Atlanta Hawks)
Team basketball has been what Dwayne has been about for the last dozen years and what Atlanta put into practice last season. Miami isn’t willing to pay Wade for his services but you can bet Atlanta would love to nab the aging superstar. Paying Wade shouldn’t be too much of a problem with Demarre Carroll and Elton Brand likely not coming back. The Hawks have a ton of depth meaning Wade could play only 28 minutes a game and the team would not tank. Keeping Wade healthy will be easy and Atlanta would have a proven scorer to turn to when at clutch time in the playoffs. The whole Cleveland series seemed to be the Hawks looking for someone to step up. Wade has no problem doing that and could make Atlanta the favorite in the east next season.

LaMarcus Aldridge
2014 team: Portland Trailblazers
2015 team: Portland Trailblazers
At 29-years old, Aldridge isn’t getting any younger. Obviously, he still has some good years left in him but the clock is ticking. That would make you think he would try to bolt to another team poised for a title run. The best thing though would be to stay in Portland. Damian Lillard is still improving and if Robin Lopez and Wesley Matthews return on similar deals to last year this team could be in a good position to compete again in the west. Obviously, this isn’t as fun as seeing Aldridge go to the Lakers, the Knicks or even the Spurs but it makes a lot of sense for Aldridge and the Trailblazers. They just brought in some really good depth in Mason Plumlee and Pat Connaughton. Give this core a year or two and they could one of the top teams in the rugged west. 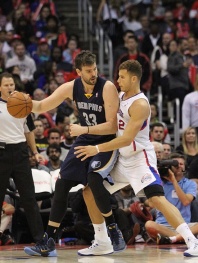 2014 team: Memphis Grizzlies
2015 team: Milwaukee Bucks
Michael Carter-Williams, O.J. Mayo, Giannis Antetokoumpo, Jabari Parker and Marc Gasol. That would be quite the starting lineup. Gasol is one of, if not the best passing big in the game right now. He averages almost four assists per night and should ignite Milwaukee’s offense. This team made the playoffs as the sixth seed without Parker last season. Bring in Gasol to play with a healthy Parker and suddenly the frontcourt for the Bucks looks drastically better. This move makes a lot of sense too with Larry Sanders leaving in the middle of last season. Zaza Pachulia is nothing special, Gasol is. With a ton of depth on the roster already, the Bucks could become a contender in the east within a year or two with Gasol as the centerpiece.