Love for soccer in the US is probably the highest it has ever been. Most of that started the relative success of the men’s national team in the last few years. Not exclusively but the 2014 World Cup certainly sparked a lot of interest. With the women taking home the coveted trophy this year and earning their very own ticker tape parade down the Canyon of Heros, US soccer is certainly a lot more credible than it was 10 years ago. 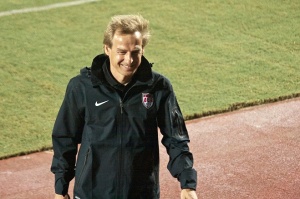 On the men’s side, the architect of the rise has been Jurgen Klinsmann, the international manager. He is already making a case for greatest US manager of all time. His competition isn’t very stout with his only true adversaries being Bruce Arena and Bob Bradley. The fact that those two are the only real competition is a testament to the slow rise of US soccer over the last 15 years. Klinsmann promises to outshine both of his predecessors though with already 40 wins to his name, only 3 behind Bradley for second all time. He also has the highest winning percentage of any manager to have coach more than five matches. Needless to say, Klinsmann is have close to unparalleled success.

Some of his more recent victories have been stunning as well. Earlier this year, Klinsmann led the US to its first ever win over the Netherlands, who finished third at the World Cup just a summer ago, followed by an unbelievable victory in Germany, who won the 2014 Cup. Both matches were international friendlies but significant all the same. Klinmann has reached a handful of other milestones as well, including the most wins by a US team in a calendar year with 16.

The likelihood is that Klinsmann goes down in history as the best manager in US soccer history. That is if he can stay around long enough to do so. Winning games usually causes people to look the other way but Klinsmann hasn’t proven to be a heart warming figure. He has made sure that everyone knows he is doing things his way and that his judgement is above all others. It started in the months leading up to the World Cup when Klinsmann left US legend Landon Donovan off of his 23-man squad. It continued throughout the summer when he made it clear that he felt his players should be playing in Europe rather than in the US. It has persisted further with him frequently questioning his players abilities, most recently being Josie Altidore and his fitness.

I’m not saying that Klinsmann was wrong in any of his decisions or actions (although I still think Donovan should’ve played last year), However, it could only be a matter of time before things start going south for the former German footballer. Klinsmann continues to alienate people in US soccer from MLS commissioner Don Garber to his own players. The success is wonderful but if he ever starts to slip, it would be likely that Klinsmann is on a short leash. 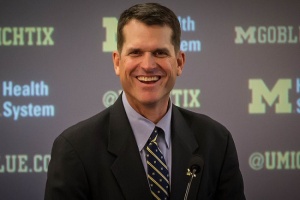 The situation seems very similar to one out in the Bay Area just a year ago in the American version of football. Jim Harbaugh never made the popular decision in San Francisco as the head coach of the 49ers, but he seemed to be making the right ones. His team appeared in three straight NFC title games and even won one of them to advance to the Super Bowl. However, Harbaugh reportedly push his players to the breaking point and constantly wore on the management with his unfriendly tendencies. Ultimately, Harbaugh had a sub par year in 2014 finishing with a .500 record and missing the playoffs. For most coaches who had a winning percentage of over 73 in the previous three years, that would be nothing. For Harbaugh, it turned out to be reason enough for management to force him out, as the two sides mutually parted ways.

You have to wonder a little bit if Klinsmann is headed for the same fate. There haven’t been quite so many rumblings when it comes to complaints about Klinsmann but he has made some public statements criticizing MLS and several of his players. It is no doubt that several of those comments have not sat well with those who were targeted. Klinsmann seems to have that same wearing effect that Harbaugh did in San Francisco. I don’t think Klinsmann needs to change his tune and start praising players who lack talent or hailing MLS as the greatest league in the world because it simply isn’t true. However, it might benefit Klinsmann if he started to keep some of his more critical thoughts to himself. 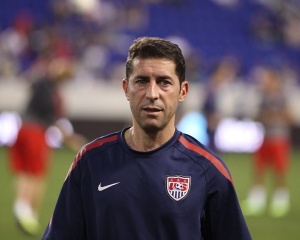 It will be some time before Klinsmann is replaced, as the US Soccer Federation seems committed to him leading the team in the 2018 World Cup. Klinsmann’s eventual replacement already seems to be waiting in the wings. It is not a sure thing but Tab Ramos will likely be tabbed as the next USMNT manager following Klinsmann’s tenure. He has already become an assistant on Klinsmann’s staff. Ramos already coaches the men’s U-20 national squad so he would be more than familiar with the next generation of US soccer players. The USSF could easily look elsewhere to replace Klinsmann, as they did when they hired Klinsmann himself. However, as Klinsmann continues to burn bridges, it seems only a matter of time before Ramos fills his shoes.

One thought on “Wearing out his welcome?”