Skip to content
HomeNFL coaches under the most pressure

It is starting to feel like a pretty long time ago now that Payton made that Super Bowl run with the Saints. In fact this will be the sixth year that the Saints are removed from that championship season. Only seven players still remain from that New Orleans Super Bowl team. In the five years since the Lombardi Trophy, Payton has only managed two playoff wins. After a mediocre at best year in 2014, the Saints seemed like they were starting to clean house as the core of the team ages. A youth movement is sure to be coming sooner rather than later in New Orelans. Payton’s fate is likely tied to quarterback Drew Brees. If the now 36 year old quarterback decides to hang it up soon, it is likely Payton will be gone as well. 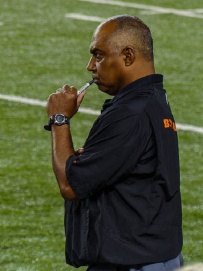 It might seem a little odd for Lewis to appear on this list considering he has four consecutive winning seasons behind him. Then you might remember the Bengals post season woes under Marvin Lewis are well documented. In six tries now, Lewis has come up empty. That makes it 12 seasons now under Lewis that he has failed to win a single playoff matchup. As the Bengals come into the season with a lot of talent on both sides of the ball, expectations should be reasonably high for Cincy. However, in a division with the Ravens and Steelers, the Bengals are often an afterthought which is why Lewis only comes in at number four on this list. The only thing that might save Lewis is that he recently signed a contract extension through 2016. However, if he fails to win a playoff game this year, Cincinnati’s front office might pull the trigger anyway.

I read an article recently saying that Jeff Fisher gets more benefit of the doubt than anyone for absolutely no reason. He almost led the Titans to a Super Bowl victory in 1999 but came up a yard short. That is pretty much Fisher’s only claim to fame here. He is entering his fourth year as the coach of the Rams and St. Louis has actually posted a worse record every year under Fisher. The Rams have yet to post a winning season under Fisher and there has been no talk of the playoffs around the organization. This team has not challenged the top of the division Cardinals or Seahawks either. In fact, a Fisher coached team hasn’t won a playoff game since 2003. Even in the tough NFC West, you eventually have to see results. If Fisher fails once again to even come close then it could be game over for him in St. Louis.

Jerry Jones fills both the owner and general manager roll in Dallas and tends to come under a lot of pressure for it. Chip Kelly now occupies the position of head coach and general manager. That means that he is destined to come under a lot more fire than he already has. In his first two seasons in Philly, Kelly has seen good results. He has put up winning seasons and even earned a playoff berth in 2013. However, Kelly has done a lot of house cleaning in his two years, expunging the team of it’s starting quarterback, running back, top two receivers and a good chunk of it’s offensive line. Many have criticized Kelly for trying to coach a pro team as he would a college one. So far it has worked but after Kelly gambled big time this offseason trading away LeSean McCoy and letting Jeremy Maclin walk in free agency, he is going to have some angry fans to answer to if things go south. This is Philadelphia we’re talking about here, newly minted most hated fan base in the league. Don’t expect them to wait patiently while Kelly continues to toy with the makeup of the roster. Kelly is definitely on a short leash. 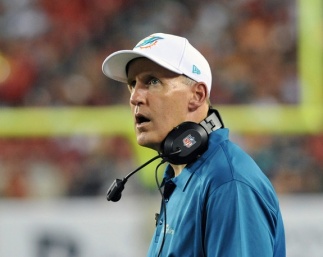 Joe Philbin joined the Dolphins from the Packers in 2012 with some expectations. He was the mastermind behind the Packers Super Bowl run on the offensive side. He was given a rookie quarterback to mold in Ryan Tannehill and Dolphins’ fans understood that the team needed a year or two to really compete. Now entering year four of the Philbin era, the rebuild seems complete with Tannehill well installed and some big name acquisitions on both sides of the ball (i.e. Ndamokung Suh, Branden Albert, DeVante Parker). However, Miami has been middling around .500 for three straight seasons and does not really seem poised to take down division rival New England. Many of the draft picks under Philbin have been a mixed bag as well. It might not be widely speculated but there is definitely a ton of pressure on Philbin and Miami to perform this season. If Philbin provides another merely average season finishing 8-8 and missing the playoffs, the Dolphins could be looking to start fresh under some new guidance.