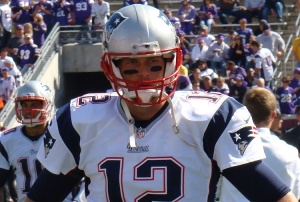 The sports world is outraged at the moment. It could be directed at a number of different people. It could be Patriots fans enraged at the two locker room assistants for deflating footballs for the AFC Championship game. It could be those same fans again furious at Roger Goodell for suspending quarterback Tom Brady for four games when the evidence does not definitively point to Brady’s involvement. It might be on the other side of that as an NFL fan because while the evidence isn’t damning, it has some logical implications, Brady probably cheated and the league is not punishing him enough. Still others are shocked that Brady received a four-game ban when Ray Rice was only dealt half of that after beating his wife.

This whole Deflategate scandal has blown even more than before, if that is possible. The Patriots are looking at losing two draft picks, one of them being a first rounder, in the next two seasons and missing their future Hall of Fame quarterback for the first quarter of the season. All of that is on top of an NFL-record fine of $1 million. Brady is set to appeal the suspension, which he will likely win, and have it reduced if not altogether wiped out. New England owner, Robert Kraft, is demanding an explanation from the league as to where the precedent for these sanctions lie. The whole fiasco seems very 2012, when the NFL had to deal with a different violation of public policy. The fallout that ensued has been all the same. 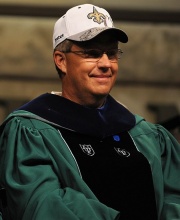 Back in 2009, Gregg Williams joined the New Orleans Saints as their defensive coordinator. Shortly after his arrival, Williams arranged a bounty system that rewarded players for big hits and injuries caused. This was clearly against league rules but did not really give the Saints a competitive advantage over their opponents. It did however, put both player safety and NFL integrity on the line. Coincidentally, New Orleans made a Super Bowl run, just as New England did, and walked away with a Lombardi Trophy. The whole bounty system was uncovered almost two full years later and the implications began to rain down on the Saints organization.

Williams was suspended indefinitely. Head Coach Sean Payton and General Manager Mickey Loomis received long suspensions, one year and eight games respectively. The Saints also forfeited a second round draft pick and paid a $500,000 fine. Several Saints players found themselves punished as well, including Jonathan Vilma, who received a full season suspension. Like Brady, Vilma denied being an active part of the program. The difference was that it was clear he was aware of it. Vilma appealed the suspension and actually went as far as attacking Goodell by filing a defamation of character suit against the commissioner. The NFL was in utter chaos as the scandal continued to unfold. It got even uglier from there as arbitrators and suspension appeals dragged on.

The Saints were obviously frustrated with the league’s decisions to suspend coaches and management as well as stripping them of a draft pick. However, the Saints moved on and dealt with the consequences. Eventually, Peyton returned and New Orleans simply put the scandal behind them. It doesn’t seem like the Patriots are willing to do that. Despite there being a lot of the “who said what” kind of stuff going on, the league upheld its decisions on the loss of draft pick and fine. However, Goodell reduced some of the suspensions and eventually they were all voided. The precedent is there for Brady to have his suspension at the very least reduced if not completely dismissed.

The NFL certainly made a statement with these punishments that it will not tolerate violation of the rules when it compromises the integrity of the game. It was a bit of a recovery move by Goodell, after botching so many other recent scandals. The important thing is that the Patriots might have had a competitive advantage, but its effect on the game was about as important to the win as a cash incentive to hit opposing players harder. The Patriots might have broken the rules and deserve to be punished for it. However, it does not tarnish their title. If it does, then the Saints title is tainted as well. The two scandals had the same impact on the outcome of games and, overall, had similar penalties.

I will not remember this as something New England did to beat Indianapolis. I will remember this as a minor scandal that both the league and the team drastically blew out of proportion with the harsh penalty and the unprofessional reaction of both Brady’s agent and Kraft. The Pats certainly deserve the penalty, but not to be remembered as a tainted champion.